Hu Yan Bin, born in Shanghai on July 4, 1983, he is a male singer, music producer and founder of the Niuban Music School in mainland China.

In 1999, he participated in the “Shanghai Asian Music Festival Newcomer Singer Competition” debut.

In 2002 released his first solo album “Wenwu Shuangquan “, becoming the first domestic singer to release a solo album in the Mainland , Hong Kong and Taiwan;

In 2003 The album “Wenwu Double Upgrade”; released the album “MUSIC Hybrid” in 2004, one person included all the composition, arrangement and production of the album;

In 2007 created a personal label

In 2008 he held the “Hu Yanbin 2008 Men’s Song Concert” in Taiwan, becoming the first mainland artist to hold a ticket sales concert in Taiwan;

On December 27, 2013, he won the championship in the final of the Jiangsu Satellite TV ” Almighty Star Wars ” program;

In January 2015, he participated in “I am a singer third season” and entered the finals.

In April 2018, he served as the singer and music director of the first women’s youth growth program “Creation 101” in China.

On July 4, 2018, he enrolled in Peking University Guanghua School of Management

In 1999, he participated in the “Shanghai Asian Music Festival Newcomer Singer Competition” and won the Silver Award in the China Division. The finals won the “Highest and Most Potential Award” and was praised by Komuro Tetsuya and signed a contract with Busheng Music.

In 2000, he launched his first single “Marilyn Monroe” at the age of 17 and sang the song related to the Chinese anime TV series ” I am a madman”. With the sales of the music album 600,000, it became a favorite of the students. Singer.

In 2001, a personally-produced single “Monk” was released , and song demos were circulated in the Taiwanese circle.

On July 4, 2002, the company released its first album “Wenwu Shuangquan”, becoming the first domestic singer to release a solo album in the Mainland, Hong Kong and Taiwan. By the end of 2002, the sales volume in the mainland market exceeded 250,000.

In February 2004, at the HITO Awards Ceremony in Taiwan, he and Eason Chan and Stefanie Sun joined the most popular singer awards overseas.

He won the most popular singer award with the creation of “Progress”, becoming the first mainland singer to win two awards at the large-scale award ceremony in Taiwan; in July, he endorsed the Taiwanese beverage brand “Black Song Saskatchewan” It is also the first time the brand has launched the mainland spokesperson; in August, the third album “MUSIC Hybrid” was released, and all the composers, arrangers and productions of the album were arranged. The album was released on the day of the issue. 200,000 copies, with this album won a number of important awards ceremony “most popular male singer”, “Best Male Singer” award.

In July 2005, in Beijing, a studio dedicated to the recording of nearly 7 digits of RMB was used, and He Lu and Leo Ku became the first two pre-recorded artists.

In March 2006, he issued the first four album “Music Code”, but he also became the spokesperson spring Shanghai Oriental TV Channel sound, the artist endors#ment television channel is still the first case; March, endors#ment Guangzhou Honda first 4 brands SDL (CITY), and sang the theme song, “an in City”; April, the first solo mini-concert held at the Shanghai Art Theater; July issue of the concert album “a call The Voice of the World Concert.

In 2007, he created and sang the theme song “Moonlight” for the 3D martial arts animation “Qin Shimingyue” series in China .

On July 21, 2010, he joined the 2010 Red Bull Unplugged Series Concert and held an unplugged concert at the Fuzhou Gymnasium in Fujian Province on September 3rd.

In March 2011, he went to the United States to study abroad and studied music producers and films . On July 27, he joined Lehua Entertainment.

On January 2, 2015, he participated in the Hunan Satellite TV program “I am the third season of singers”, was eliminated in the second round of the game, and then entered the finals through the resurrection; February, Joined the 2015 Hunan Spring Festival Evening.

In November 2015, he participated in Jiangsu Satellite TV Variety “Singing the World”; on November 21, 2015, he released his personal single “Funny”;

On March 28th, 2016, he released his personal single “The Supporting Actor “;

on July 11, 2016, he created and sang the song “Resurrection” for the national suspense TV series “Old Nine Gates”; On July 10th, he participated in the third issue of Jiangsu Satellite TV’s “Speak My World” speech, “Distance of Dreams and Home”;

On September 22nd, 2017, On the day of the third session of the Jiangsu Satellite TV program “Masked Singing Guess 2”, and sang the repertoire “Little Half” to blast the audience;

On November 3, 2017, participate in the Zhejiang Satellite TV program “The Voice of Dreams 2” and sang the repertoire of the song “Slow” blasting the audience;

On April 2019, served as the class teacher and program music director of the large-scale youth group training program “Creation Camp 2019”

During the dinner, the two people interacted with each other frequently, and they also embraced each other. The relationship was exposed.

In the morning of September 24 of the same year, Tiger Hu’s microblogging number showed 179, but it could not be viewed. It was suspected that it was all hidden, or because it was unbearable. Fans have a day of greetings.

On March 2016, Zheng Shuang’s father confirmed that Tiger Hu and Zheng Shuang had broken up.

At the same time, he has a sense of fashion, singing ability and creativity. In his albums, R&B, English rock, folk songs, dance music, and Chinese style are freely switched, which fully demonstrates his mastery of various types of works.

In his works, you can taste the lightness of Tao Shu , the spirit of Jay Chou, and even the floating of Wang Li Hong 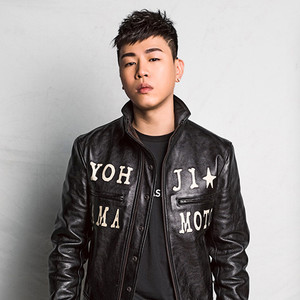